Here Comes Everybody: The Story of the Pogues

In his author's note, Fearnley, the Pogues' accordionist, remarks that he used "the tools and sensibilities of a fiction writer" in constructing this memoir. Perhaps it's no surprise then that the ... Read full review

HERE COMES EVERYBODY: The Story of the Pogues

A founding musician in one of Ireland's most raucous, poetic and punk bands remembers the highs, lows and plateaus of the golden age of combat rock.It's really only the first half of a continuing ... Read full review

James Fearnley was born in 1954 in Worsley, Manchester. He played guitar in various bands including the Nips with Shane MacGowan, before becoming the accordion player in the Pogues. James continues to tour with the band and lives in Los Angeles. 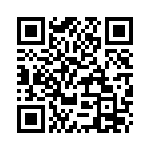