Dr. Amit Ray is an enlightened spiritual master in the Himalayan Yoga and Vipassana tradition. He began sharing his experiences after a series of transformative spiritual awakening.

In his Himalayan Centre at Uttarkashi, he lives a life dedicated to meditation and yoga. He is author of several books on meditation and other spiritual topics. He learnt yoga and meditation from the masters of the ancient Himalayan and Buddhist traditions.
Amit Ray, in his early years was a scientist. After doing his PhD in artificial intelligence and computational neuroscience, he was working as a scientist conducting his research in the area of intelligence and the nature of consciousness. He worked in India, USA and UK for about 15 years. With a spiritual bent of mind from his very childhood, he undertook intense practices in meditation from when he was a child. In his later years, many mystical experiences prompted him to dedicate his life for the search of truth. 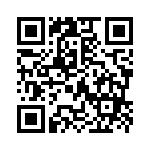