Page 529
And after all, Japan is an island empire, and is therefore forced to import raw
materials from overseas. As a matter of fact, most of our transports return to Japan
with their holds empty, for the unsettled conditions along the banks of the
Yangtze, ...
Page 531
Then, too, in the International Settlement south of the creek, where the Japanese
military exercise no control, Japanese are only occasionally subjected to
violence of any kind, and most of the acts of political terrorism are directed
against ...
Page 532
In Nanking, in Hangchow and in Hankow there are now Chinese language
newspapers (under absolute Japanese control, of course), which are carrying on
bitter and vindictive anti-British campaigns, and even now and then carry
editorials ... 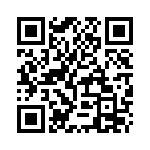