Craig James Johnston has been involved with technology since his high school days at Glenwood High in Durban, South Africa, when his school was given some Apple Europluses. From that moment, technology captivated him, and he has owned, supported, evangelized, and written about it.

Craig has been involved in designing and supporting large-scale enterprise networks with integrated email and directory services since 1989. He has held many IT-related positions in his career, ranging from sales support engineer to mobile architect for a 40,000-smartphone infrastructure at a large bank.

In addition to designing and supporting mobile computing environments, Craig co-hosts the CrackBerry.com podcast and guest hosts on other podcasts, including iPhone and iPad Live podcasts. You can see Craig’s previously published work in his book Professional BlackBerry, and in many books in the My series, covering devices made by BlackBerry, Palm, Google, Samsung, HTC, and Motorola.

Craig also enjoys high-horsepower, high-speed vehicles and tries very hard to keep to the speed limit while driving them.

Craig would love to hear from you. Feel free to contact Craig about your experiences with My HTC One at http://www.CraigsBooks.info.

All comments, suggestions, and feedback are welcome, including positive and negative.

Guy Hart-Davis is the author of various computer books, including My Samsung Galaxy Note II, Kindle Fire Geekery, and How to Do Everything: Samsung Galaxy Tab. 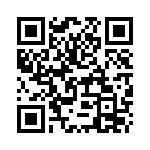