Harry Leslie Smithis a survivor of the Great Depression, a second world war RAF veteran and, at 91, an activist for the poor and for the preservation of social democracy. His Guardian articles have been shared over 80,000 times on Facebook and have attracted huge comment and debate. He has authored numerous books about Britain during the Great Depression, the second world war and postwar austerity. He lives outside Toronto, Canada and in Yorkshire. 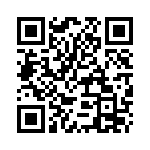