Page 84
Reports of this bird reached China when Marco Polo was living there . He
thought they might be griffins , similar to those fabulous creatures which were
shown on a relief on the church of San Marco in his native Venice . But they did
not fit the ...
Page 87
And though they may have been aepyornis eggs which the sailors of 1420 , and
the Arabs before them , thought were roc ' s eggs , doubts remained . Going back
to Marco Polo , can his description , partly based on eyewitness reports , and the
...
Page 197
Kazwini : in Johann Gildemeister , Scriptorum Arabum de Rebus Indica . Bonnae
, 1883 , p . 220 . Komroff , Manuel : The Contemporaries of Marco Polo . London ,
1928 , pp . 311 - 312 . Lane , Edward William : The Thousand and One Nights . 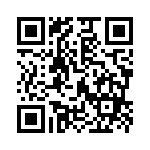