Page 111
If troops of australopithecines developed the habit of hunting for animals, there
would be an advantage to cooperative behavior, which would favor the
development of a complex mind that could promote social alliances, lay
ambushes for prey, ...
Page 113
Thus the historian, the archaeologist, and the linguist trace changes in social
structures, tools, agricultural methods, religious beliefs, and languages, none of
which have changed genetically. However, the process of cultural evolution is
almost ...
Page 213
human individuality and to encourage its fullest development [because variation
is the prerequisite for evolutionary change]; that it is right to construct a
mechanism for further social evolution which shall satisfy these prior conditions
as fully, ... 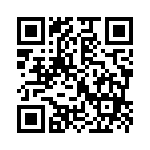