Thomas Princen is the author of The Logic of Sufficiency (2005) and lead editor of Confronting Consumption (2002), both published by the MIT Press and both winners of the International Studies Association's Harold and Margaret Sprout Award for best book on international environmental affairs. He teaches social and ecological sustainability at the University of Michigan.

Ken Conca is Associate Professor of Government and Politics and Director of the Harrison Program on the Future Global Agenda at the University of Maryland. 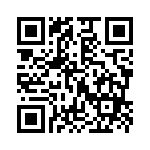