John Flint is Professor at the University of Sheffield.

John Kelly is Lecturer at the Moray House School of Education, the University of Edinburgh. 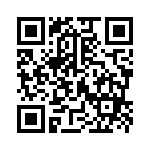