Charles Tilly is the Joseph L. Buttenwieser Professor of Social Science at Columbia University. He is the author of several books, including, most recently, Contention and Democracy in Europe, 1650–2000 and Stories, Identities, and Political Change. 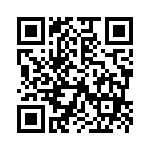