Richard Howard was born in Cleveland, Ohio on October 13, 1929. He received a B.A. from Columbia University in 1951 and studied at the Sorbonne as a Fellow of the French Government in 1952-1953. He briefly worked as a lexicographer, but soon turned his attention to poetry and poetic criticism. His works include Trappings: New Poems; Like Most Revelations: New Poems; Selected Poems; No Traveler; Findings; Alone with America; and Quantities. He won the Pulitzer Prize for poetry in 1969 for Untitled Subjects. He is also a translator and published more than 150 translations from the French. He received the PEN Translation Prize in 1976 for his translation of E. M. Cioran's A Short History of Decay and the American Book Award for his 1983 translation of Charles Baudelaire's Les Fleurs du Mal. In 1982, he was named a Chevalier of L'Ordre National du Mérite by the government of France. He teaches in the Writing Division of the School of the Arts, Columbia University. 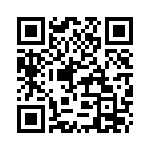