Page 3
whereas no proof has hitherto been produced , that any contemporary writer ever
presumed to new model a story that had already employed the pen of
Shakspeare . On all these grounds it appears more probable , that Shakspeare
was ...
Page 172
Shakspeare appears to have been very anxious in this play to introduce every
incident and every personage he met with in his historian . In the multitude of his
characters , however , Lamprias is entirely over - looked , together with the others
...
Page 326
So , “ in any hand , ” was the phrase of Shakspeare's time , ' for which , " at any
hand , " was afterwards used . Supposing disputation to mean , as Mr. Steevens
conceives , not verbal controversy , but struggle for power , or the contention of ... 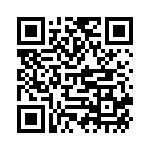