A Theater for Dreamers

Polly Samson is a writer of fiction and a lyricist. Her words have appeared on four number-one albums, including Pink Floyd’s The Division Bell and David Gilmour’s On an Island. She has also worked as a journalist and in publishing, including two years as a columnist for the Sunday Times. Samson was made a fellow of the Royal Society of Literature in 2018. Her first novel, Out of the Picture, was shortlisted for the Author’s Club Award, and many of her stories, including those from her first collection Lying in Bed, have been read on Radio 4. A second collection of short stories, Perfect Lives, was a Book at Bedtime. She has written an introduction to a collection of Daphne du Maurier’s earliest stories and has been a judge for the Costa Book Awards. Her 2015 novel The Kindness was named a Book of the Year by both the Times and the Observer. 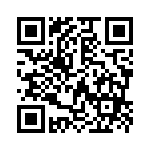