While researching for a paper I'm writing on Ezekiel 24, I read Hengstenberg's comments on the death of Ezekiel's wife, and he believes that it is merely allegorical or symbolic, that God would never degrade such a holy institution as marriage by such an act.
But I disagree; God would do such a thing, especially in light of what the Temple meant to His ancient people.
Here's Hengstenberg's quote on this text:
"A moral relation like marriage cannot be degraded to a mere mode of representation. Were Ezekiel’s wife, the delight of his eyes, actually dead, it would be unnatural if he, suppressing all tender feeling, had used this occurence only as an outward representation of the impression which the existing great misfortune should make on the people. It would be strange also, if God had lowered His servant the prophet so far into a mere instrument of his plan, that he took from him his wife on no other ground than to give him occasion for a mimetic representation of the future state of the people.” (211-212)

Page 112 - My people, I will open your graves, and cause you to come up out of your graves, and bring you into the land of Israel. And ye shall know that I am the Lord...
Appears in 572 books from 1801-2008
Page 24 - As the appearance of the bow that is in the cloud in the day of rain, so was the appearance of the brightness round about. This was the appearance of the likeness of the glory of the Lord.
Appears in 983 books from 1735-2008
More
Page 169 - After the doings of the land of Egypt, wherein ye dwelt, shall ye not do : and after the doings of the land of Canaan, whither I bring you, shall ye not do: neither shall ye walk in their ordinances.
Appears in 237 books from 1805-2007
Page 23 - And I heard as it were the voice of a great multitude, and as the voice of many waters, and as the voice of mighty thunderings, saying, Alleluia ; for the Lord God omnipotent reigneth.
Appears in 905 books from 1755-2008
Page 522 - And I heard a voice in the midst of the four beasts say, A measure of wheat for a penny, and three measures of barley for a penny ; and see thou hurt not the oil and the wine.
Appears in 787 books from 1755-2008
Page 302 - And I will set up one shepherd over them, and he shall feed them, even My servant David; he shall feed them, and he shall be their shepherd.
Appears in 674 books from 1651-2008
Page 523 - And I beheld, and I heard the voice of many angels round about the throne, and the beasts and the elders, and the number of them was ten thousand times ten thousand, and thousands of thousands, saying with a loud voice, "Worthy is the Lamb that was slain to receive power and riches and wisdom and strength and honour and glory and blessing.
Appears in 1014 books from 1706-2008
Page 157 - Behold, all souls are Mine: as the soul of the father, so also the soul of the son is Mine : the soul that sinneth, it shall die.
Appears in 849 books from 1755-2008
Page 320 - Then He said unto me, Son of man, these bones are the whole house of Israel : behold, they say, Our bones are dried, and our hope is lost : we are cut off for our parts.
Appears in 784 books from 1803-2008
Page 153 - And all the trees of the field shall know that I the Lord have brought down the high tree, have exalted the low tree, have dried up the green tree, and have made the dry tree to flourish: I the Lord have spoken and have done it.
Appears in 351 books from 1787-2007
Less 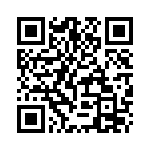