Page 53
The "Cammer Music Stand" of 1780 (Appendix 8, HYB III) lists six violinists,
namely Toma- sini, Rosetti, Purksteiner, Ripamonti, Mestrino and Polzelli; only
one of them, Purksteiner, can be proved to have played the viola too. Four were
present ...
Page 60
Rosetti usually played second violin, according to comments in the parts. He was
also a composer (Gerber's Lexicon called him the favourite composer of his time),
but there is no documentary evidence that he was a pupil of Haydn's.
Page 291
M. 23, 25 March 1825 Theatre Notice Today, Friday March 25th, in the theatre of
the Royal Free City of Pressburg, to benefit the Hospital of the Brothers of Mercy;
for the first time: Preciosa, play with music in 4 acts, written for the Royal Court ... 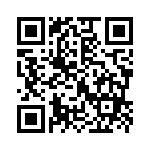