Dr. Ramesh C. Gupta, Professor & Head of Toxicology Department at Murray State university, is engaged in research on pesticide toxicity, neurodegenerative diseases, and nutraceuticals efficacy and safety. He has delivered lectures in UK, Australia, Italy, Japan, Germany, France, Switzerland, Spain, Czech Republic, China, South Korea, Sweden, and Turkey. He served the panels of NIH, CDC, NIOSH, and NAS. He has >450 publications to his credit, including seven major books with Elsevier: (1) Toxicology of Organophosphate and Carbamate Compounds, (2) Veterinary Toxicology: Basic and Clinical Principles, (3) Handbook of Toxicology of Chemical Warfare Agents, (4) Anticholinesterase Pesticides: Metabolism, Neurotoxicity, and Epidemiology, (5) Reproductive and Developmental Toxicology, (6) Biomarkers in Toxicology and (7) Nutraceuticals: Efficacy, Safety and Toxicity. He is recipient of Murray State University's distinguished researcher award of the year-2006, and Outstanding research award of the year 2014. In 2019, he received a medal from The Royal Academy of Spanish Veterinary Sciences for his distinguished services to veterinary medicine. He is a diplomate of American Board of Toxicology, and fellow of American College of Toxicology, American College of Nutrition, and Academy of Toxicological Sciences. Dr. Gupta is a member of many professional societies, including SOT, Eurotox, ASPET, American College of Toxicology, and ISSX. 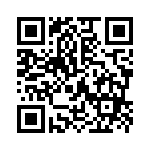