Page 8
His father Was call'd Sicilius, who did join his honour Against the Romans, with
Cassibelan ; So gain'd the sur-addition, Leonatus: He had, besides this
gentleman in question, Two other sons, who, in the wars o' the time, Died with
their swords ...
Page 64
I have liv'd long enough : my way of life Is fallen into the sear, the yellow leaf: And
that, which should accompany old age, As honour, love, obedience, troops of
friends, I must not look to have : but, in their stead, Curses, not loud, but deep, ...
Page 12
If it be aught toward the general good, Set honour in one eye, and death i'th' other
, And I will look on both indifferently: For let the gods so speed me, as I love The
name of honour, more than I fear death, j^ Cas. I know that virtue to be in you, ...
Page 40
Brutus is noble, wise, valiant, and honest ; Caesar was mighty, royal, bold, and
loving : Say, I love Brutus, and I honour him; Say, I fear'd Caesar, honour'd him,
and lov'd him. If Brutus will vouchsafe, that Antony May safely come to him, and
be ...
Page 44
Believe me for mine honour, and have respect to mine honour, that you may
believe. Censure me in your wisdom, and awake your senses, that you may the
better judge. If there be any in this assembly, any dear friend of Caesar's, to him I
say, ... 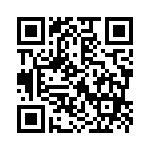