The author does a good job of describing the controversies between science and religion, but is too quick to dismiss the reality of the disputes, and the difficulty of resolving them. Adopting ... Read full review

Paul Kurtz (1925-2012), professor emeritus of philosophy at the State University of New York at Buffalo and a fellow of the American Association for the Advancement of Science, was the author or editor of more than fifty books, including The Transcendental Temptation, The Courage to Become, and Embracing the Power of Humanism, plus nine hundred articles and reviews. He was the founder and chairman of the Center for Inquiry, the Council for Secular Humanism, and the Committee for Skeptical Inquiry. He appeared on many major television and radio talk shows and has lectured at universities worldwide. 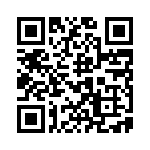