Biblical scholars Moss (The Myth of Persecution) and Baden (The Historical David) become dogged investigative journalists as they seek to understand how the Green family, the billionaire owners of ... Read full review

Prayers for all who begin with judgement in their hearts. I am not one to say the Greens are right or wrong, nor do I know their story. I can say, however, that all benefit from a bible museum, the teaching of Jesus Christ (whom is God in the flesh), and knowing how to go to heaven when you die. Jesus loves you and hell was created for satan and his angels, yet there are people screaming and burning there for all of eternity. What can you do? Repent, out loud, ask God for forgiveness for your sins, proclaim out loud you believe in Jesus death, burial and resurrection, to take you to heaven when you die. If you truly believe this you are sealed until the day of redemption. That means you live a life for Jesus! Of course once you are saved and have prayed this prayer, you can not lose your salvation. The world calls saved people many things, know that the correct term for what you believe in is, "born-again KJV bible believing independent baptist". I will pray for all who question where they are going when they die. (See for yourself in the King James Bible= Romans 3:23, 3:10, 5:8 and 6:23)

Candida R. Moss is the Edward Cadbury Professor of Theology at the University of Birmingham and the author of, among other books, The Myth of Persecution: How Early Christians Invented a Dangerous Legacy (HarperOne). Joel S. Baden is professor of Hebrew Bible at the Yale Divinity School. His books include The Historical David: The Real Life of an Invented Hero (HarperOne). 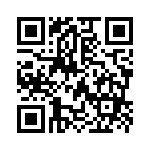