Tony Allan studied history at Oxford and was for many years a writer and editor with Time-Life Books, serving as Series Editor of the Time-Life History of the World, and working as an author and consultant on Myth and Mankind, a 20-volume study of comparative mythology. 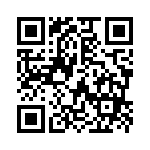