Like Garvin's other books this one is also well researched, written and argued. Initially Garvin indicates that to get to the bottom of identifying why Ireland was so poor for so long it is overtly ... Read full review

Tom Garvin is Emeritus Professor of Politics at University College Dublin and an honorary research fellow at IBIS. His books include Nationalist Revolutionaries inIreland (1987), 1922: The Birth of Irish Democracy (1996), and Preventing theFuture: Why was Ireland so poor for so long? (2004). He is also the author of many articles and chapters on Irish and comparative politics. He is an alumnus of the Woodrow Wilson International Center for Scholars, Washington D.C., and a Member of the Royal Irish Academy. He has taught at the University of Georgia, Colgate University and Mount Holyoke College. Most recently, his biography of SeAn Lemass, Judging Lemass, was published by the Royal Irish Academy in 2009. 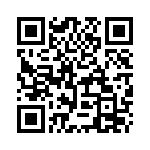