Michael Sean Mahoney is Professor of History at Princeton University. 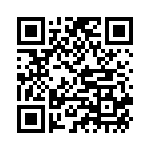