A look at the Western front in 1915, the major battles; Neuve Chapelle, Aubers Ridge and Loos to the dismissal of Sir John French. Tedious at times but poignant at others, focusing on battles that are hardly known anymore and the sloppiness of decisions that lead to the high rate of casualties. Read full review

Alan Clark was educated at Eton and Christ Church, Oxford. He served in the Household Cavalry before qualifying for the Bar in 1955. In 1974 he became Conservative MP for Plymouth Sutton and went on to hold a number of ministerial posts. He wrote several works of military history: The Fall of Crete, Barbarossa: The Russo-German Conflict 1941-45 and Aces High: The War in the Air over the Western Front. He also published his Diaries. Alan Clark died in 1999. 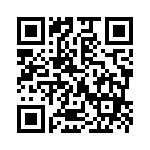