Mary Midgley was born Mary Scrutton in Dulwich, England on September 13, 1919. She was educated at Oxford University. While raising her sons, she reviewed novels and children's books for The New Statesman. She returned to teaching philosophy in 1965 at the University of Newcastle Upon Tyne. She was a moral philosopher who wrote numerous books including Beast and Man: The Roots of Human Nature, Evolution as a Religion, Science as Salvation: A Modern Myth and Its Meaning, Science and Poetry, The Owl of Minerva, and What Is Philosophy For? She died on October 10, 2018 at the age of 99. 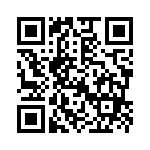