During most of his teenage years, Ballah Kemah was an evangelist and the head and co-founder of two Bible study groups. One in his high school which was held during the daily recess and one in the community where he lived, which was held every Wednesday at 6pm. Due to a bitter fourteen year civil war in his home country, Ballah's father moved him and his siblings to the United States as refugees and to get a chance at a better life. Ballah currently resides in the United States, married and the father of two children. On the second day of a three day fast and prayer, seeking God's power of deliverance from a major crisis, The Author felt deep down within him, the need to stop praying and start writing. He then questioned the feeling and then he heard a voice speak from within him, which he later got to know that it was a voice from the spirit of God. It was not a loud voice that caused an earthquake; it was a voice that sounded more like his conscious. The voice told him to continue the fast, but to stop praying and asking God to save him from the situation; instead, he should start to write about the situation. Ballah did not even attempt to continue to question the voice, he only asked what specifically he needed to say about the situation, given that it was still going on, and the voice once again responded deep down through his conscious to write about faith. Because while it was good to fast and pray to be delivered by God; faith was the most important thing to have. The voice said to me, "you can fast and pray all day, but if you do not have faith that God will deliver you, what good will the fast and prayer be? So stop praying, God heard you the first time you fasted for and prayed for three days regarding this same situation, it's now time to live by faith as you wait for God to deliver you". The title of this book came to him right at that moment. Ballah is still in his pursuit to achieve the destiny that God has called him to. 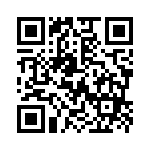