Page 158
The policy , advocated in some quarters , of leaving the Jews and Arabs to cut each other's throats , until the Turk , who is moving towards them , once more takes them over , would be disastrous to us as well as to Jew and Arab .
Page 216
So in Tel Aviv , a Jew is not a Jew , he is a German , a Russian , a Pole , an American . A German Jew looks German ; he has ... The native Palestinian Jews have darker skins , curlier hair than other Jews . They are , in times of peace ...
Page 697
The attacks were not only made on the Jewish religion and property . Many lives were taken . The Daily Telegraph's Berlin Correspondent conThe Sack of Judah tinued : The attacks on Jews and their property started all over Germany ... 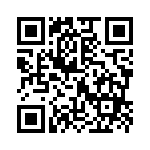