Sean Dobson worked as a historian for the U.S. Holocaust Memorial Museum and taught at Portland State University before serving as adviser for communication and strategy in President Clinton's National Economic Council. He is now helping to found Progressive Maryland, a nonprofit organization advancing a pro-working family agenda through grassroots action. 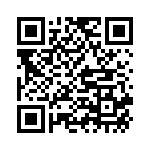