The founder and greatest representative of Scottish commonsense philosophy was a Presbyterian minister who was born in Aberdeen and studied at Marischal College, Aberdeen. In 1751 he was made regent at King's College, Aberdeen, and after 1764 was professor of moral philosophy there. Reid's chief works are An Inquiry into the Human Mind on the Principles of Common Sense (1764), Essay on the Intellectual Powers of Man (1785), and Essay on the Active Powers of Man (1788). Reid was greatly influenced by Hume's empiricist skepticism, to which his whole philosophy may be seen as a systematic reply, although he also devoted attention to answering Berkeley's antimaterialism and Locke's theory of personal identity. He attacked the theory of ideas was based on false analogies between mental and physical objects, and led to a series of unwarranted conclusions repugnant to common sense. He maintained that mental perceptions are "natural signs" of things, analogous in their function to words, though their meaning is innate rather than learned. In moral philosophy, Reid was a realist, holding that moral properties are not merely the projections of our feelings but possess genuine objectivity and a unique content. Reid's "commonsense" philosophy is based not on an uncritical acceptance of what most people believe but rather on a set of principles that he thinks do a better job of accounting for the use of our mental powers than the principles appealed to by previous philosophers. Reid's approach to philosophy was taken up by other Scottish philosophers, among them James Beattie, Dugald Stewart, and William Hamilton. He also had an important influence on several later philosophical defenders of common sense, including Pierre Royer-Collard, Charles Sanders Peirce and George Edward Moore. 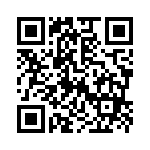