Page 251
Thus , when Pétion died in 1818 , sugar production had fallen to a little under 2 ,
000 , 000 lb a year as against the 60 , 000 , 000 lb produced in the time of
Toussaint . Indigo was a labour - intensive crop and so ceased to be planted
altogether ...
Page 313
The sector of production offering the greatest advantages from minimal
investment was stockraising . It was , moreover , influenced , perhaps more than
any other sector , by the availability of external markets . From the very beginning
of the ...
Page 555
In sum , this policy of contracting huge foreign loans did nothing to finance the
internal growth of the economy , but rather accustomed the state to become
increasingly dependent on foreign credit , and this could only produce disastrous
results ... 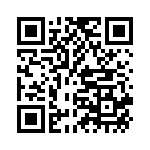