This is a medical/legal thriller. Yes, there is a murder - or shall I say a mysterious death. But there is also the ethical problems our heroine uncovers, as she prepares for the expected lawsuit when the hospital's chief financial officer dies unexpectedly on the operating table. Read full review

Hospital attorney, Karen Hayes, stumbles across crime and corruption in her employer hospital while investigating the death of the CFO which occurred during a medical procedure. The story kept moving ... Read full review

Michael Biehl graduated from Harvard College and Harvard Law School and was a partner at Foley & Lardner in Milwaukee, where he specialized in law governing health care systems. He's also a professional musician, playing keyboard with regional blues bands. He and wife Cathleen live in Sarasota, Florida, and Mequon, Wisconsin. In addition to the Karen Hayes series, he wrote Seven Mile Bridge, also published by Pineapple Press. 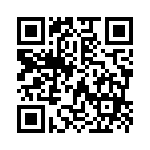