From the little bit I read about the fish sauce [garum], I found it very interesting: but why do you say the price for it at twelve pints worth? 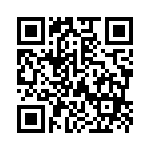