Jonathan A. Allan is Canada research chair in queer theory and assistant professor of gender and women’s studies and English and creative writing at Brandon University. He is the author of Reading from Behind: A Cultural Analysis of the Anus.

Cristina Santos is an associate professor at Brock University. Her previous publications include Defiant Deviance: The Irreality of Reality in the Cultural Imaginary (2006), The Monster Imagined: Humanity's Re-Creation of Monsters and Monstrosity (2010) and Monstrous Deviations in Literature and the Arts (2011), to name a few. 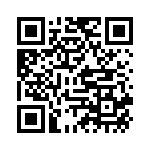