John worked on newspapers in Barnsley for 50 years, retiring as deputy editor of the Barnsley Chronicle in 2010. He was born at Wombwell and started work on the Chronicle in 1960, moving to the Sheffield Morning Telegraph’s Barnsley office in 1969. He returned to the Chronicle in 1975 to take over the Wombwell and Hoyland editions and was appointed news editor four years later. He became an assistant editor in 1986 and deputy editor in 1989. In 1987, to mark the 100th Yorkshire miners’ galas, he published Pits, a book on the history of mining in the Barnsley coalfield. The hardback version was published in 2004. 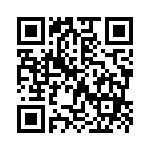