Matthew Wisnioski is Associate Professor of Science, Technology, and Society at Virginia Tech and the author of Engineers for Change: Competing Visions of Technology in 1960s America (MIT Press). 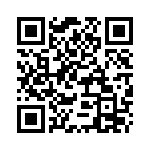