Page 155
The French Foreign Minister , Monsieur Barthou , came to London , on July 8 , on the invitation of Mr. Ramsay MacDonald , in order to discuss matters of interest Monsieur Barthou's Visit between his country and Great Britain .
Page 567
In 1924 , Monsieur Poincaré left office and Monsieur Herriot became Prime Minister . But in 1926 , after many alarums and excursions due to Socialists and extreme Radicals in the French Chamber , Parliament recalled and rallied to the ...
Page 701
confidence was restored , but his Minister of Justice , Monsieur Cheron , failed to bring the assassins of Monsieur Prince to justice , and his Minister of the Interior , Monsieur Sarraut , failed to reform the police . 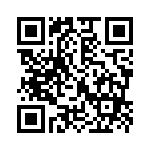