Page 33 - Reduce society to a stationary state, let industry go on with entire freedom, make labor and capital absolutely mobile — as free to move from employment to employment as they are supposed to be in the theoretical world that figures in Ricardo's studies — and you will have a regime of natural values.
Appears in 18 books from 1899-2005

American economist Frank Knight was best known for his theoretical work on the profits earned by entrepreneurs. Knight was the eldest of 11 children born to deeply religious parents in southern Illinois. As an adult, he was known for challenging prevailing economic doctrines. This penchant for questioning the existing order, however, was revealed much earlier. While attending church at age 14 or 15, Knight and his siblings were required to sign pledges binding them to attend church services for the rest of their lives. As soon as they returned home, Knight built a fire behind the barn and demanded that everyone burn these pledges on the grounds that, since they were made under duress, they could not be binding. Knight received his education at Milligan College, the University of Tennessee, and Cornell University. He taught at Cornell, the University of Iowa, and the University of Chicago, where he remained from 1927 until 1958. Knight's most famous book is Risk, Uncertainty and Profit (1921). In it, he attempted to explain why a firm could earn profits under conditions of perfect competition, even though accepted theory argued that equilibrium was incompatible with the existence of profits. To address this problem, he introduced the distinction between risk and uncertainty. Risk involves situations in which the probability of an outcome can be estimated (such as the chance of dying at a certain age, of a labor force going on strike, and so on). If the probability of an outcome could be estimated, then the firm could protect itself in a number of ways, such as by acquiring insurance. Uncertainty, however, involves situations in which the outcome cannot possibly be predicted (such as the introduction of a new and vastly superior product by a close competitor). Since rapid economic change involves uncertainty, Knight reasoned that the profits earned by competitive firms must be a reward for uncertainty, rather than risk. This was, and still is, regarded as a superior explanation of profit, and it marks Knight's most important contribution to the field of economics. Another important contribution involved Knight's attack on the concept of a production period in the theory of capital formation. The concept is somewhat esoteric and mostly of interest to theoretical economists, but it should be noted that Knight's criticism was sufficiently powerful to remove the concept from the literature. Knight viewed economics as part of a larger whole that involved consensus and rational discussion, and resulted in a liberal society based on individual freedoms. Because of this, his interests extended to morality, ethics, and philosophy. In 1950 Knight was honored with the presidency of the American Economics Association, and in 1957 he received the Walker Medal, the association's highest award. 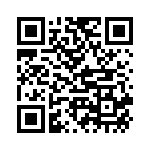