Martin J. Dougherty is a writer specializing in history, mythology, cultural history, defence and martial arts. He is the author of, among other titles, Vikings, Weapons & Fighting Techniques of the Medieval Warrior and Norse Myths. 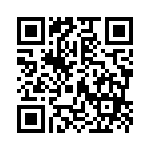