Ronald Inglehart is a professor of political science and program director at the Institute for Social Research at the University of Michigan. He helped found the Euro-Barometer surveys and directs the World Values Surveys. His most recent books are Modernization and Postmodernization: Cultural, Economic and Political Change in 43 Societies (Princeton University Press, 1997), (with Pippa Norris) Rising Tide: Gender Equality in Global Perspective (Cambridge University Press, 2003), and (with Pippa Norris) Sacred and Secular: Religion and Politics Worldwide (Cambridge University Press, 2004). Author of almost 200 publications, he has been a visiting professor or scholar in France, Germany, the Netherlands, Switzerland, Japan, South Korea, Taiwan, Brazil, and Nigeria and has served as a consultant to the US State Department and the European Union.

Christian Welzel is Associate Professor of Political Science at International University Bremen where he has been teaching since 2002. He holds a PhD in Political Science from the University of Potsdam. He is a two time recipient of a grant from the Institute for Social Research and has published numerous articles in or contributions to the European Journal of Political Research, Comparative Politics, Comparative Sociology, International Journal of Comparative Sociology, Political Culture and Democracy (Westview Press, 2002), among others. He has also published extensively in the German language. 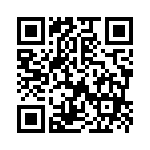