This is an academic read and not a light romp down a historical lane. Not to excuse his actions, I'm not sure but that I would be less than thrilled with a relative who starved my sibling to death and ... Read full review

Michael Brown is Professor of Scottish history at the University of St Andrews. His main research interests centre on the political society of Scotland c.1250–c.1500 and on the relationships between the various communities of the British Isles during the same period. He has published studies of the practice and ideology of royal and aristocratic lordship in Scotland. 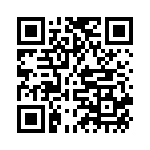