The biography as Economics textbook. For the non-specialist, the intricacies of modern economic theory can seem as arcane as medieval theology, and certainly Lord Skidelsky devotes scores of pages to ... Read full review

The second installment of Skidelsky's three-volume biography of the 20th century's most influential and controversial economist. As in the superb first volume (1986)—which took Keynes (1883-1946 ... Read full review 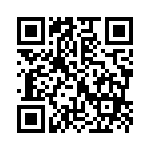