Benjamin I. Page is the Gordon Scott Fulcher Professor of Decision Making in the Department of Political Science at Northwestern University. He is the author or coauthor of, among other books, The Rational Public, Who Deliberates? and What Government Can Do.

Marshall M. Bouton has been president of the Chicago Council on Foreign Relations since 2001. He is the author of Agrarian Radicalism in South India and Korea at the Crossroads. 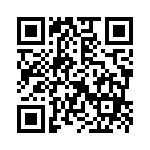