This is an easy-to-read book about loss, and grief, and refinding yourself, and selfless (only a smidge creepy) love. It's the story of Dana, who works for a circus, and loses her deeply loved parents ... Read full review

Danu Mock lives in a travelling circus with her parents. When she is fifteen, her parents die during an epidemic and she is left bereft, with the grief slowly consuming her. Morrie, a tightrope walker ... Read full review

Jess Richards was born in Wales in 1972 and studied Creative Writing at Sussex University in 2010. Her debut novel, SNAKE ROPES, was shortlisted for the 2012 Costa First Novel Award and longlisted for the Green Carnation Prize. Her second novel, the acclaimed COOKING WITH BONES was published in 2014. CITY OF CIRCLES is her third novel. jessrichards.co.uk/www.twitter.com/jessgrr1 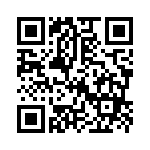