Richard J. Ladle was the founding Director of Oxford University’s MSc in Biodiversity, Conservation and Management. Since 2009 he has been working in Brazil as an international conservation consultant and science writer. He is currently a Visiting Professor at the Federal University of Alagoas, teaching and doing research on diverse and interdisciplinary aspects of conservation, biogeography and ecology.

Robert J. Whittaker is the current Academic Director of the MSc Biodiversity Conservation and Management, and holds the title of Professor of Biogeography in the School of Geography and the Environment, University of Oxford. He is a founding member and past President (2009–2010) of the International Biogeography Society. He is currently editor-in-chief of the Journal of Biogeography. He has a long-standing interest in island biogeography, patterns and processes controlling diversity, and the application of biogeography to conservation. 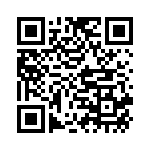