Henri Koskinen is an actuary and treasures rational, mathematical thinking. So he's thrown into a new world when he inherits an adventure park (not an amusement park) from his much-less straight-laced ... Read full review

I received a free copy of this book and am voluntarily leaving an honest review. This was a strange book to say the least, but I did truly enjoy it. The Rabbit Factor is the story of an unemployed ... Read full review

Finnish Antti Tuomainen was an award-winning copywriter when he made his literary debut in 2007 as a suspense author Iin 2013, the Finnish press crowned Tuomainen the ‘King of Helsinki Noir’ when Dark as My Heart was published. With a piercing and evocative style, Tuomainen was one of the first to challenge the Scandinavian crime genre formula, and his poignant, dark and hilarious The Man Who Died became an international bestseller, shortlisting for the Petrona and Last Laugh Awards. Palm Beach Finland was an immense success, with Marcel Berlins (The Times) calling Tuomainen ‘the funniest writer in Europe’. His latest thriller, Little Siberia, was shortlisted for the CWA International Dagger, the Amazon Publishing/Capital Crime Awards and the CrimeFest Last Laugh Award, and won the Petrona Award for Best Scandinavian Crime Novel of the Year.

David Hackston is a British translator of Finnish and Swedish literature and drama. He graduated from University College London in 1999 with a degree in Scandinavian Studies and now lives in Helsinki where he works as a freelance translator. Notable publications include The Dedalus Book of Finnish Fantasy, Maria Peura’s coming-of-age novel At the Edge of Light, Johanna Sinisalo’s eco-thriller Birdbrain and two crime novels by Matti Joensuu. David is currently working on a translation of Riku Korhonen’s latest novel Sleep Close. His drama translations include three plays by Heini Junkkaala, most recently Play it, Billy! (2012) about the life and times of jazz pianist Billy Tipton. David is also a regular contributor to Books from Finland. In 2007 he was awarded the Finnish State Prize for Translation. David is also a professional countertenor and is currently studying early music and performance practice at Helsinki Metropolia University. He is a founding member of the English Vocal Consort of Helsinki. 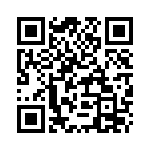