Christine Hayes is the Robert F. and Patricia R. Weis Professor of Religious Studies in Classical Judaica at Yale University. Her books include Introduction to the Bible, The Emergence of Judaism: Classical Traditions in Contemporary Perspective, and Gentile Impurities and Jewish Identities: Intermarriage and Conversion from the Bible to the Talmud. 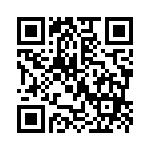