When I was in high school (won't reveal when), I had an English teacher read this book to the class. I found it kept my attention. The author takes you through the experiences he encountered. Makes me ... Read full review

First of all I don't understand why all reviews are "Flagged as Inappropriate ". I read this book as a Civics assignment in Jr. High about 50 years ago. At that time where I lived in color issues were not as prevalent as east and west of my state. This book opened up my eyes to racism that I had heard about. As an adult I became a Social Worker and Community Organizer with consertative views.. This book is a must read for Civic student.

John Howard Griffin (1920-1980) is known internationally as the author of two novels, Nuni and The Devil Rides Outside, five books and monographs on racism in addition to Black Like Me, a biography of Thomas Merton, three collections of photography, a volume of journals, two historical works on Texas, a musicological study, and The John Howard Reader. Born in Dallas, Texas, and educated in France, he served in the U.S. Air Force in the South Pacific, where an injury he received during a Japanese bombardment eventually resulted in the complete loss of his sight. In the 1950's he converted to Catholicism, married, and raised a family. In 1957, (after ten years of blindness) he miraculously regained his sight. 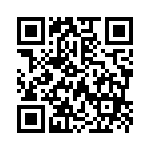