Jody W. Pennington is Associate Professor in Media and Culture Studies at the Department of English, University of Aarhus, Denmark, where he teaches Media and Cultural Studies as well as American Studies. He has published articles and presented papers on various aspects of film and popular music, as well as American constitutional law. He is currently president of the Danish Association of American Studies. 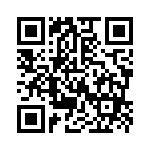