Larry M. Bartels holds the May Werthan Shayne Chair of Public Policy and Social Science at Vanderbilt University. His books include Democracy for Realists: Why Elections Do Not Produce Responsive Government (with Christopher H. Achen) and Presidential Primaries and the Dynamics of Public Choice (both Princeton). He is a trustee of the Russell Sage Foundation, a fellow of the American Academy of Political and Social Science, and a member of the American Academy of Arts and Sciences and the National Academy of Sciences. 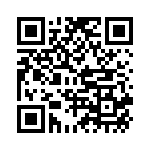