An overview of the Late Bronze Age (LBA) and an extended analysis of the reasons for its collapse. The author uses 1177 BCE as his fixed point, the year in which the Sea Peoples invaded Egypt for a ... Read full review

This provides a review of thinking and the archeological finds the thinking is based on about the end of the large empires shortly before the end of the bronze age. The date 1177BC is when the ... Read full review

Eric H. Cline is professor of classics and anthropology and director of the Capitol Archaeological Institute at George Washington University. An active archaeologist, he has excavated and surveyed in Greece, Crete, Cyprus, Egypt, Israel, and Jordan. His many books include From Eden to Exile: Unraveling the Mysteries of the Bible and The Trojan War: A Very Short Introduction. 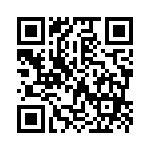