Page 42
Since the entire population of eighteenth-century symphonies in the minor
amounts to only two or three per cent of the total,80 Ordonez's name has been
frequently cited together with Joseph Haydn, W.A. Mozart, Gassmann, Dittersdorf,
and ...
Page 123
The firm prospered; many collected editions of Bach, Mozart and Haydn were
projected and in part realized — Mozart's Quartets and Quintets, J .S. Bach's
Clavier and Organ works, a complete edition of Haydn's String Quartets.
Hoffmeister ...
Page 218
Mozart, Wolfgang Amadeus: Pieces pour le pianoforre (Fantasia & Fugue in C, K.
394 [K.E. 383a], Marche funébre del Si nor Maestro Contrapunto, K. 4533,
Adagio in B minor, K. 540, Minuet in D, K. 355 [K.E. 576 ]with an unpublished Trio
in G ... 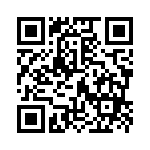